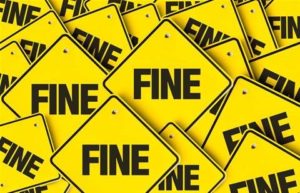 of Labor and Employment, Division of Workers’ Compensation v. Dami Hospitality, LLC, 2019SC47.  The decision involved a fine handed down by the DOWC against an uninsured employer.

Dami Hospitality, LLC., (Dami) is the owner of a hotel in Denver that employs between 4 and 10 people at any given time.  Dami let its workers’ compensation policy lapse on July 1, 2005.  When notified of the violation for failing to maintain coverage Dami conceded the violation and paid a settlement in June 2006.  Just 2 months later Dami’s coverage lapsed again and it went without coverage from August 10, 2006 to June 8, 2007.  Dami maintained coverage from June 9, 2007 to September 11, 2010, but it’s coverage lapsed on September 12, 2010 and Dami went without coverage until July 9, 2014.

DOWC discovered the lapses and issued a notice requiring Dami to answer a compliance questionnaire and advised that Dami could request the prehearing conference over this issue.  Dami did not respond to this notification so a second notification was sent on June 25, 2014, with a compliance questionnaire and an option to set a prehearing conference.  On July 11, 2014 Dami sent in a certificate of insurance covering Dami from July 10, 2014 to July 10, 2015.

For every day the employer fails or has failed to ensure to keep the insurance required by articles 40 to 47 of this title in force, allows or has allowed insurance to lapse, or fails or has failed to affect the renewal of such coverage: impose a fine of: (I) not more than two hundred and fifty dollars for an initial violation; or (II) not less than two hundred and fifty dollars or more than five hundred dollars for a second and subsequent violation.

A separate schedule of funds was promulgated under Rule 3-6(D) in conjunction with the statutory section classifying second and subsequent violations as follows:

The DOWC fine was based on this classification process.  Dami explained that its lapse in coverage was based on its reliance that others maintain coverage and that given its $50,000 a year payroll, it was unable to pay the fine.  DOWC treated Dami’s response as a petition to review and, in an effort to settle the fine dispute, offered to decrease the fine amount to $425,000.  Dami claimed, among other things, that the fine was in violation of the Eighth Amendment prohibiting excessive fines.  DOWC declined DAMI’s leniency request citing that the reasons for coverage lapse were within Dami’s control, that discretion on fine amount was not within its power and that it could not address the constitutional arguments.  Dami appealed and at the Industrial Claim Appeals Office (ICAO) level the issue was sent back to DOWC to consider various mitigating and non-mitigating factors.  The DOWC issued a subsequent Order declining the issue on remand, essentially stating that the graduated fines under the Rule take into account these mitigating and non-mitigating factors.  Dami again appealed to the ICAO which then simply affirmed the DOWC.

The case was ultimately appealed to the Colorado Court of Appeals which found that the DOWC abused its discretion by not considering various mitigating and non-mitigating factors as required by applicable case law.  The DOWC then petitioned for certiorari to the Colorado Supreme Court.

The Colorado Supreme Court considered whether the Eighth Amendment excessive fines clause applies to companies.  It concluded that this clause does apply to companies, finding that companies are subject to similar protections against excessive fines just as individuals.  The Colorado Supreme Court further found that fines are subject to proportionality test to determine if they are excessive.  The Court held that when a fine is imposed on a per diem basis, with each day being a separate violation, evaluation of whether the fine is excessive must be done with each daily fine.  Therefore, the whole matter was sent back to DOWC so the parties could have a potential evidentiary hearing over proportionality considerations.

The DOWC has been in the habit of issuing compliance/show cause orders and subsequent fines against noncomplying employers.  Many of these orders have appeared excessive and were the subject of newspaper articles.  In addition, the DOWC maintains a recently created uninsured fund designed to provide coverage for injured workers hurt on the job working for noncomplying employers.  This fund is, in part, funded by DOWC fines levied against noncomplying employers.  These orders are issued without any mechanism for an evidentiary hearing over the mitigating factors identified by the court in this Dami decision.  Given this decision, it appears evidentiary hearings may now need to be held in conjunction with the compliance/show cause orders issued by DOWC.  Other possible implications include finding or creating new funding mechanisms to help build-up the uninsured employers fund outside of fines and penalties.

If you have any questions about fines, or any other topics, please contact us.