The Colorado Supreme Court issued an opinion on May 30, 2017 in England v. Amerigas Propane, 395 P.3d 766 (Colo. 2017).  This case involved settlement of workers’ compensation matters and may even affect settlement of liability matters in a personal injury case.  The case has significant ramifications for employers and carriers moving forward.

Mr. England was a truck driver for the employer. He injured his shoulder at work in December 2012 and filed a workers’ compensation claim.  He had two surgeries in the first half of 2013 to address the shoulder injury.  Respondents 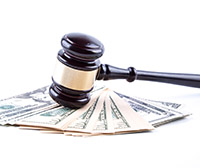 conducted an IME in July 2013 and the physician offered an opinion that the claimant was approaching MMI and would likely reach MMI in about two months.  Claimant agreed to settle his workers’ compensation case in September 2013, despite still having some pain, for $35,000.  The current standard settlement form from the Division was used to settle the claim pursuant to W.C.R.P. 9-9(A). The form contains standard language that cannot be altered per the Rule. Paragraph 4 incorporates the statutory right to reopen for a mutual mistake of material fact under Section 8-43-204(1), C.R.S., and paragraph 6 contains claimant’s waiver of any “unknown injuries.”  Mr. England attempted to reopen his settlement, after it was approved in October 2013, when diagnostic testing revealed a scapular fracture.  It was undisputed that the parties did not know a fracture existed at the time of settlement and there was no evidence that the fracture definitively existed at the time of settlement.  Instead, there was testimony that the fracture could have existed at the time of settlement or could have developed later.  Mr. England’s basis for trying to reopen the settlement was that the scapular fracture was a mutual mistake of material fact and he would not have settled had he known it existed.

At hearing, the ALJ found that the scapular fracture existed at the time of settlement, but reopened the claim on the mutual mistake of fact that the parties believed claimant was approaching MMI when the case was settled.  She further found that, had claimant known that he had a scapular fracture, he would not have settled.  The ALJ’s Order was affirmed at the ICAO level and was appealed further to the Colorado Court of Appeals.  The Colorado Court of Appeals reversed the ICAO and the ALJ’s decisions, finding that the scapular fracture fell into the category of unknown injuries that claimant waived in paragraph 6 of the settlement agreement; ignoring that the mutual mistake relied upon by the ALJ to reopen was that claimant was approaching MMI.

The Colorado Supreme Court has effectively taken two categories of facts existing at the time of settlement, known and unknown, and carved-out a third type of fact that can serve as a basis to reopen settlement, “unknown, but existing facts.”   The logic of this is confusing.  For a fact to be mutually mistaken between the parties, it requires the fact to be known, rather than unknown.  Notwithstanding this logical conundrum, the question remains how to proceed with settlements moving forward.

The Division settlement form allows for additions in paragraph 9.  9(A) can contain settlement language that is both specific to the settlement agreement and involves an issue that falls within the Workers’ Compensation Act.  Paragraph 9(B) can reference exhibits attached to the settlement agreement related to the workers’ compensation claim, such as Medicare set-aside arrangements.  Paragraph 9(C) can reference other attached written agreements that include matters outside of the Workers’ Compensation Act, such as employment releases, or bad-faith waivers.  Material referenced in paragraphs 9(B) and 9(C) are outside of the enforcement parameters of a Division or Office of Administrative Courts.

Recent attempts have been made to build-around the England decision by including language in paragraph 9(A), and having claimant expressly waive any ability to reopen a claim based on an unknown condition resulting from the work injury.  In some instances, this has been met with objection and a motion to strike this language under 9(A).  At least one pre-hearing conference order has been issued striking this type of language as contrary to the England holding that the paragraph 6 waiver cannot limit the right to reopen under paragraph 4.

Other recent attempts have been made to protect against the effects of the England decision by including terms requiring repayment by claimant of any settlement amounts if the claim is reopened based on a mutually mistaken existing, but unknown, condition.  This has also been met with resistance but Lee + Kinder LLC is unaware of any prehearing conference order striking this type of language.

The England decision certainly disrupts settlements of workers’ compensation claims.  It calls into question the one reason to settle the case, which is finality.  While there is potential for a legislative fix to this problem, settlements need to be negotiated and properly documented until this type of fix can be accomplished.  The England decision can still be built-around.  Agreements under paragraph 9(A) waving the right to reopen based on an unknown, but existing, condition may not work in that location; however, as a separate agreement exhibited under 9(B) and/or 9(C), they should be independently enforceable outside of the workers’ compensation system.  Further, repayment of settlement money in the event of a reopening should be enforceable under 9(A) in the workers’ compensation system or independently under 9(B) and 9(C).  If repayment is not made, whether as a lump or in some other arrangement, there’s also the possibility for stipulated judgment to enter to allow collection of settlement proceeds through civil procedure rules.

Settlements are contracts and there is a freedom of contract issue raised by England.  The Division has limited enforcement capacity and is holding itself by the England decision; however, the parties can agree to terms that can be enforced as contracts, attached as exhibits under 9(B) and 9(C).  Lee + Kinder LLC is using specific language on all settlements that the Firm believes is an enforceable contractual agreement.  If you have questions regarding settlements, please contact us and we will happy to answer those questions.