Public schools play an important role in our society as education providers and serve a parens patriae1 function. They also offer a valuable social opportunity for children and are a significant part of most communities as employers. According to the Colorado Department of Education, there are 178 independent K-12 school districts in Colorado. These districts vary in size and, as a whole, are among the largest employers in Colorado, employing a variety of employees in many jobs. K-12 schools are public entities and therefore are subject to various federal, state, and local regulations. K-12 school districts face tort, workers’ compensation, and employment liability unique to their role in our state.

This article discusses a great breadth of topics, providing a highlight of key issues that create liability exposure unique to K-12 school districts.

Click to read the entire article that was published in the October 2015 issue of The Colorado Lawyer: Education Law_Colorado Lawyer 10-15

As you are probably aware, the Colorado Workers’ Compensation Act has a statute giving a subrogation right to the payer of workers’ compensation benefits. This statute is § 8-41-203, C.R.S. Although referred to as a subrogation lien, it is actually a right of recovery that operates as an assignment. Once benefits are paid under the Act, that payment also assigns a right of recovery to the payer against a third party that may be responsible for the injury that generated a claim for which benefits are paid.

The right of recovery is independent of the injured worker’s right against the third party, meaning that the payer can bring its own cause of action, but the action is still derivative of the underlying workers’ compensation claim. This situation creates tension between the payer and injured worker relative to potential liability of a third party.

This short article gives an overview of what can be recovered along with some data over recoveries. Future articles will flesh-out workers’ compensation recovery problems.

What Can Be Recovered? 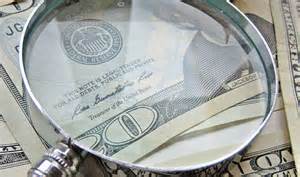 The statute outlines what can be recovered. It states that the right to recovery exists to “all compensation and all medical, hospital, dental, funeral, and other benefits and expenses to which the employee or, if the employee is deceased, the employee’s dependents are entitled … for which the employee’s employer or insurance carrier is liable or has assumed liability.” The payer gets a right to recover future benefits paid and the right of recovery “…extends to money collected from the third party causing the injury for all: economic damages, physical impairment and disfigurement damages.” There are certain specific limitations to these recovery categories, but the statute makes a special exemption from recovery for amounts collected for “…noneconomic damages awarded for pain and suffering, inconvenience, emotional stress, or impairment of quality of life.” These amorphous damage categories cannot be subject to recovery by the payer in a workers’ compensation case.

As you can imagine, the struggle in subrogation in workers’ compensation is determining a fair distribution of any third party settlement or judgment between the injured worker and the payer of benefits since there is rarely, if ever, enough in settlement or judgment to fully compensate the injured worker and the payer. One mechanism to determine some of the allocation issues is known as a Jorgensen hearing, named after the case where this method of allocation was set forth. These hearings will be covered in greater detail in newsletters to come.

How Much Recovery Can Be Expected?

Colorado is not a very favorable state for third-party recovery of workers’ compensation benefits. Other states allow the payer to get paid first from any third party recovery, before an injured worker gets paid. Colorado does not allow this, but there are other reasons for low third party recovery. For instance, it is rare that an injury results entirely from the fault of a third-party. There is usually some degree of fault that can be assigned to the injured worker and to other potential non-parties that reduce the overall recovery, and sometimes even to the employer. If a carrier is pursuing a third party claim either with or without the injured worker, the worker’s and employer’s actions can reduce recovery. Further, to the extent that benefits were potentially overpaid, those amounts may not be successfully claimed as damages against a third party. A payer’s failure to mitigate its loss in the workers’ compensation claim by overpaying can also reduce recovery. Finally, and most importantly, judges and/or juries are not receptive to a payer (usually an insurance company) that paid benefits under a limited benefit package, trying to seek those amounts back from a third party.

A survey of the Jury Verdict Reporter from 2002 through present day shows that when a payer went as far as a jury verdict to try and recover against a third party, the amount claimed in recovery vs. the amount actually recovered was only 21%. Please note this is a limited sampling of recovery cases. In these cases defendants obviously felt strongly enough about their position to take the case to trial. Further, the Jury Verdict Reporter is not comprehensive of all cases taken to trial and the facts of each case are different. Taking all of these issues into account, this still demonstrates a less than favorable environment for recovery. If you would like a breakdown of this data, case by case, please email fcavanaugh@leekinder.com and I will forward it to you.

Workers’ compensation is complicated and recovery of benefits paid only compounds the complication. It requires someone who understands workers’ compensation and liability matters. We have handled all aspects of recovery cases, including defending against them. Watch for future recovery topics in future newsletters. In the meantime, if you have any questions about this topic, please do not hesitate to call or email us.